For the 50th anniversary of May 68, the Alliance Française de Las Vegas in partnership with UNLV welcomes you for an unprecedented photography exhibition.

A protest launched by students and workers against traditional society and authority, May 68 is a movement of unprecedented magnitude that takes on the appearance of revolution.  At Nanterre University, students, claim a liberalization of morals. Speeches, debates and general assemblies take place on the streets, businesses, administrations and universities.

This exhibition of photographs taken by Philippe Gras during May 1968 in France is a testimony. During the Parisian events, photographers were numerous. Philippe Gras is one of those photographers who knew how to capture not only the moment and the gesture, but also the sign and meaning of this period of innovation and contest.

Philippe Gras (1942-2007) devoted equal attention to popular culture and to all kinds of neglected visual productions, and also to musical productions coming from all the continents. He developed deep and long-lasting friendships with many musicians and creators. 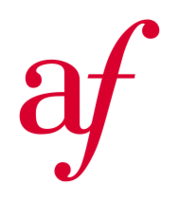